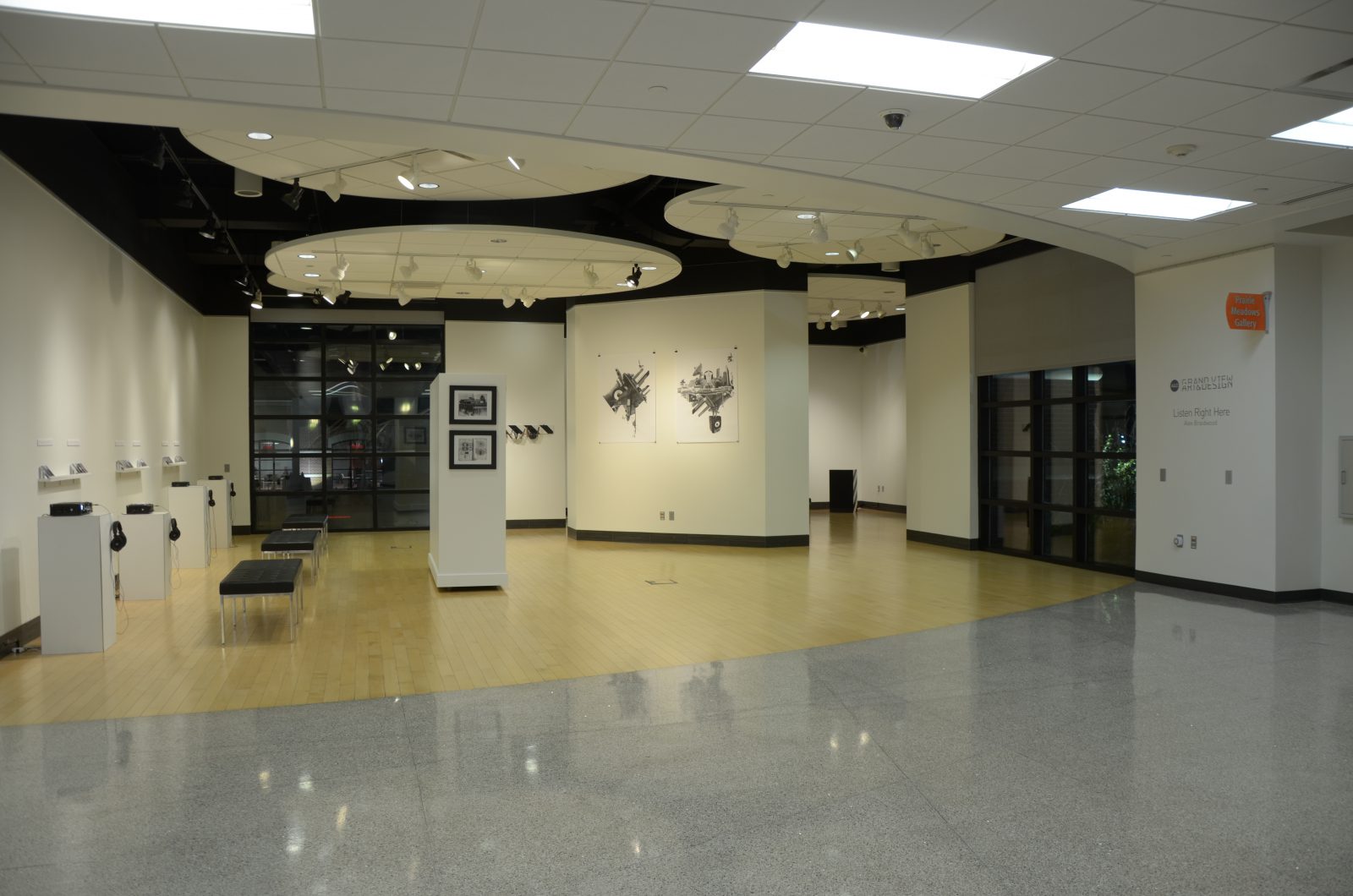 In the fall of 2015, I was invited to assemble a solo show of new and existing at Grand View University’s Prairie Meadows Gallery in Des Moines, IA.  The show was up for 6 weeks and included a combination of new projects developed for that space and some existing works that aligned with the intent of the show. I also delivered an artist’s gallery talk for students, faculty, and the public. 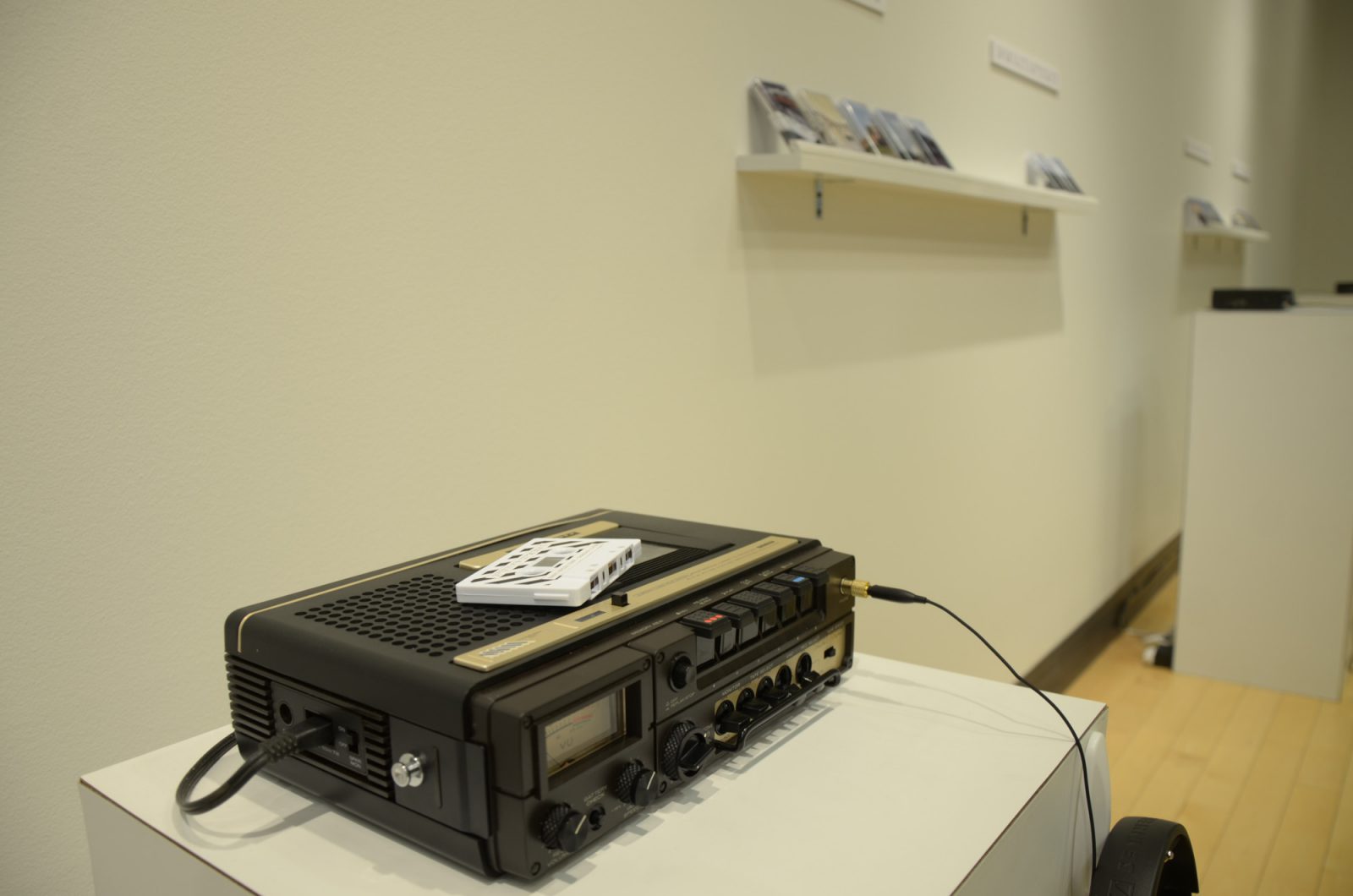 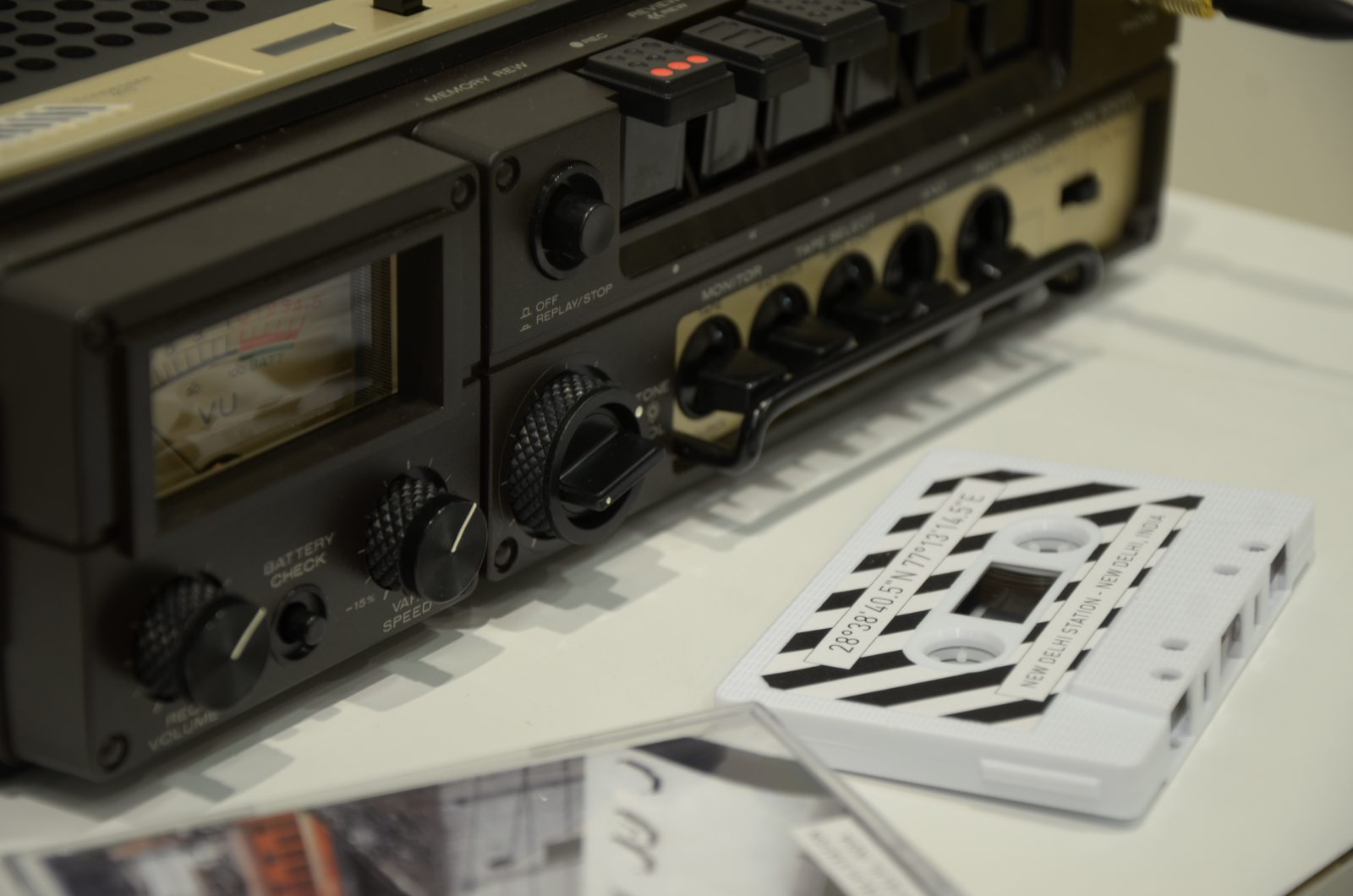 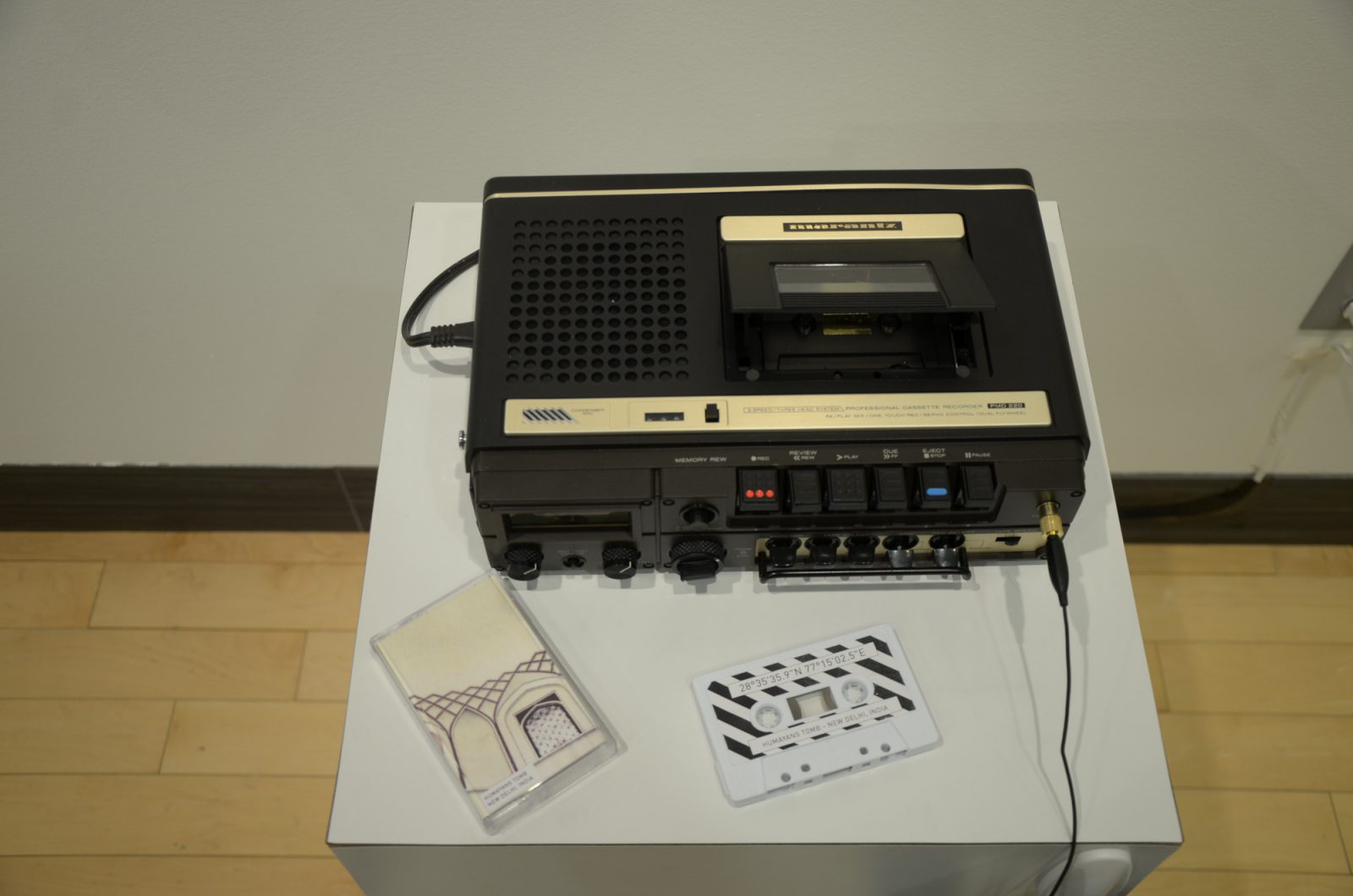 One area of the gallery featured compositions created from several different locations around the world, including sounds captured in Iowa, US National Parks, Australia, South Korea, China, and India. The sounds from Korea, China, and India were collected as part of the recording trip made possible by the Center for the Arts and Humanities research grant I was awarded.

Another area featured framed archival prints of collages that are a key part of my process. This is the first time these collages have been on exhibition. Two large banners hung on the center wall featuring large scale digital collages designed to encompass my interests and intent with the show. 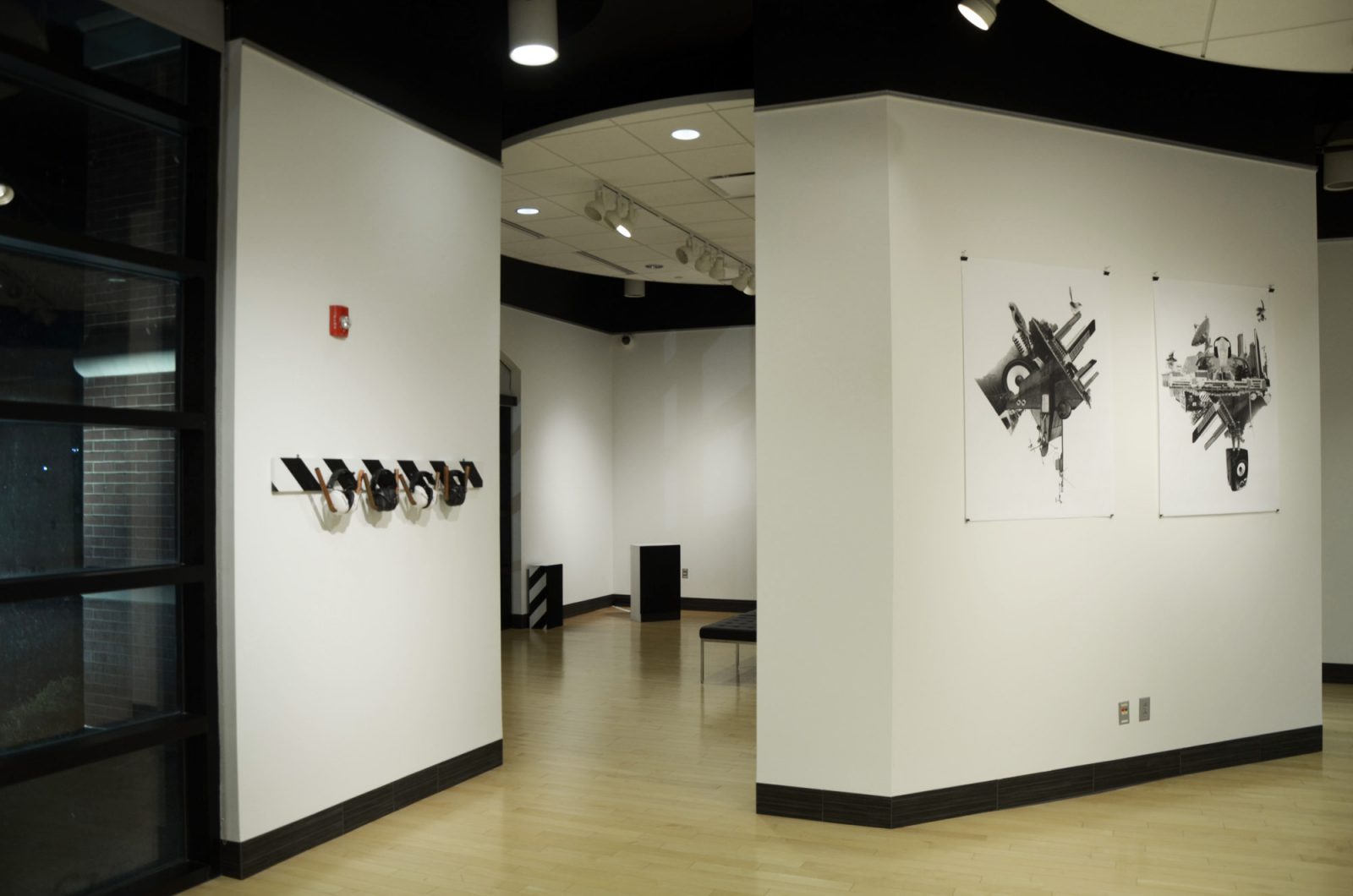 In the rear of the gallery, behind a floating wall, was a nine channel, dynamic naturesound composition built using sounds collected during my time as an Artist-in-Residence at the Iowa Lakeside Lab Regents Resource Center. The channels each performed different sounds from various prairies and wetland preserves in the area surrounding Lakeside Lab.

The samples each play in a different order and at a different time making it so that each experience with the piece will be different. There is no loop. The piece starts when the show opens and ends when the show closes. Along with the variable audio sample playback system, real time data from the water monitoring buoy in West Okoboji Lake were used to control and manipulate sounds. West Okoboji Lake is the same area as the preserves where the sounds were collected and the buoy is managed by the Iowa Lakeside Lab. 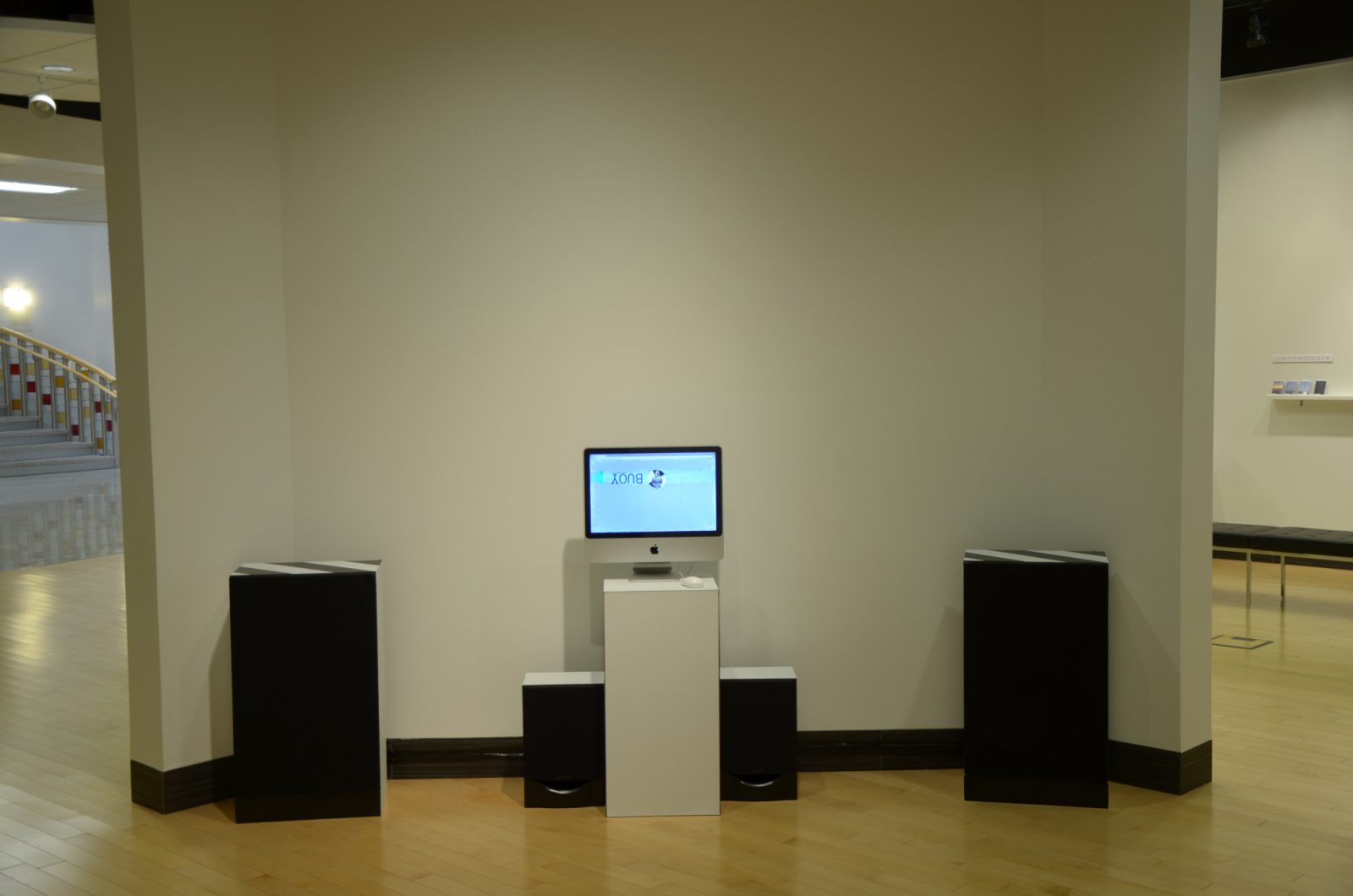 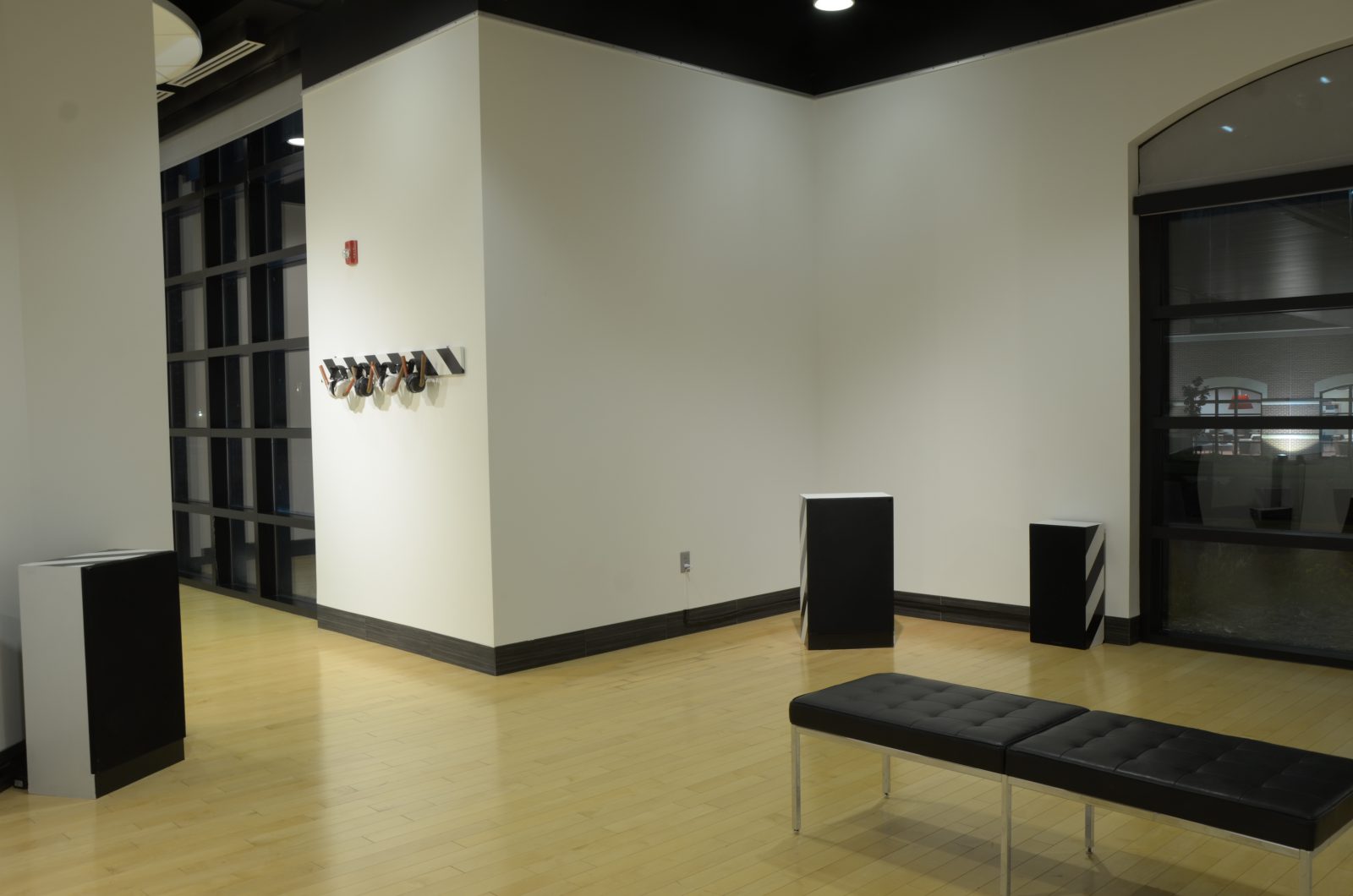 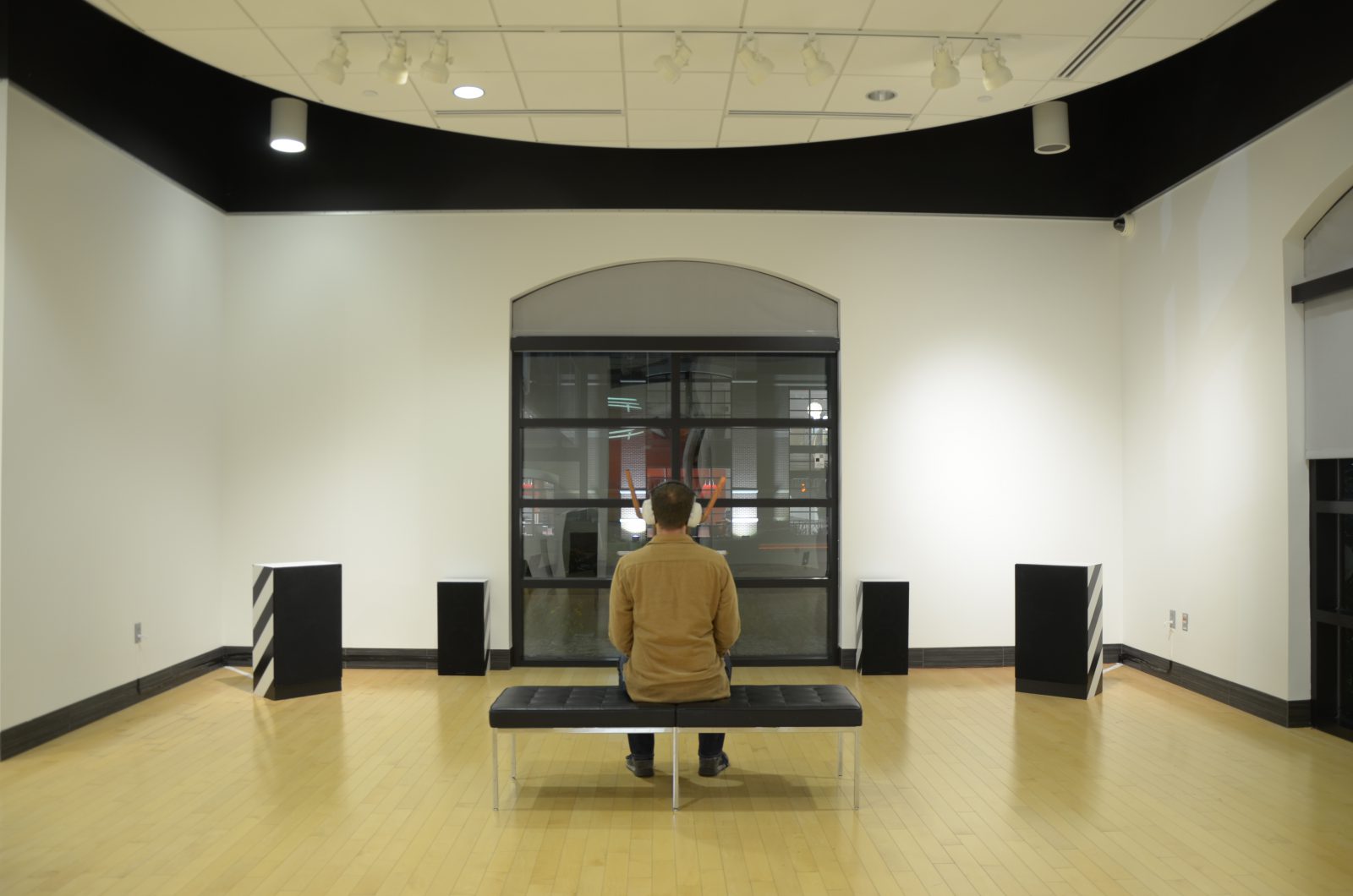 Because this solo exhibition was installed in the university gallery, I also delivered an artist talk to students, faculty, and the general public. This provided an opportunity to talk about my process, projects, and the ways in which my work moves between art, design, and issues of sustainability.