Alert Fatigue is an interactive sound installation based on a series of circuit bent smoke alarms.

In our normal life, we are surrounded by objects and devices that chirp, buzz, ring, wail and beep in order to get our attention. The more of these devices that enter our sonic environment, the more accustom to them we become. Pretty soon, our soundscape is filled with so many alerts, alarms and notification that we can barely keep track of them. In some cases, as has been reported in a variety of health care facilities, too many alerts renders one numb to the affects of the sound. It becomes ignorable through familiarity and thus looses it’s affect as a notification system.

We are surrounded by so many things sonically vying for our attention that it can become overwhelming unless we modify our behavior around them. Alert Fatigue is an installation that explores this complex relationship to the cacophony of alerts and alarms that many experience.

Each smoke alarm was modified differently and included a a series of knobs and toggle switches added to manipulate the sounds. They are altered so it is always making sound, not just when smoke was detected. I then found different ways the circuit could be rewired and manipulated to produce very different electronic chirps, clicks, buzzes, whirs, glitches, and hums. Each alarm had a new on-off switch and a knob to control some level of electrical resistance within the newly modified circuit. Seven of these were installed in the room and all of the alarms sounding simultaneously is what comprised the composition.

Before entering the room, visitors were invited to wear hearing protection headphones that I modified through the addition of different lengths of copper tubes. This created a variable listening experience within the space and reinforced ideas of active listening. 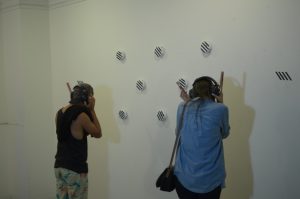 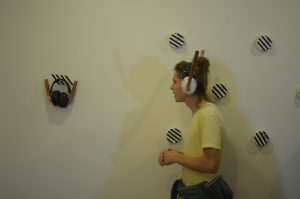 Alert Fatigue is the name for the growing issue of people being so accustomed to alert sounds they no longer react. A common example is car alarms but a troubling example is medical equipment. It’s been well documented that health professional are so bombarded with electronic alert sounds they regularly miss key information the alarms are intended to communicate. This installation explores the manipulation of a common alert sound to reinforce the importance of being aware of the sonic environment as listeners and being conscious of what we put into the world as designers. SoundWalk Long Beach was attended by thousands of people from all around southern California. 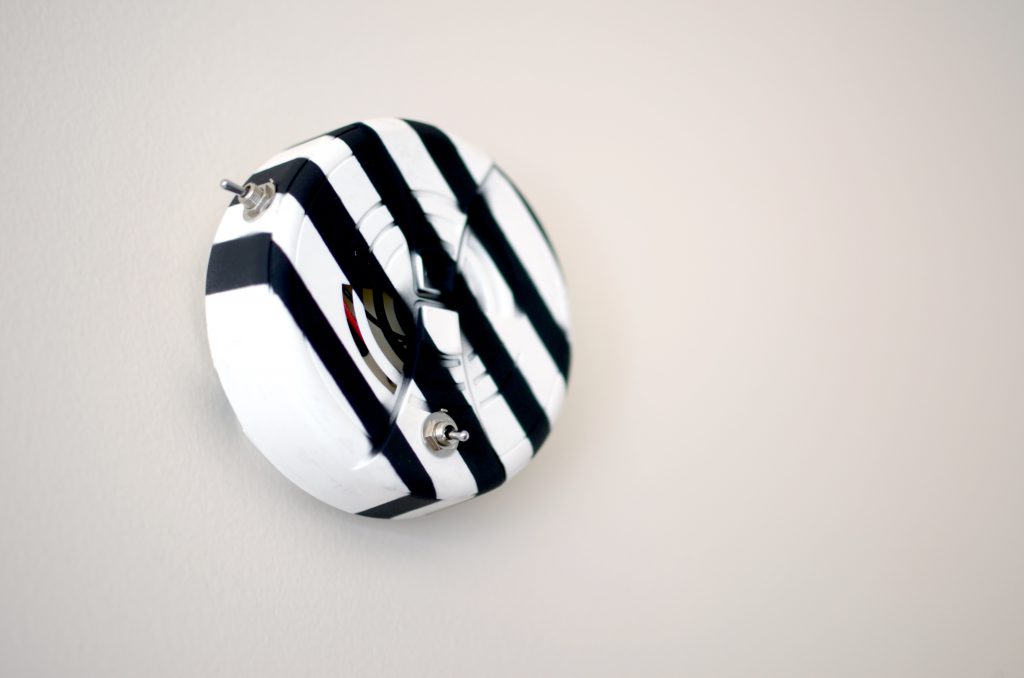 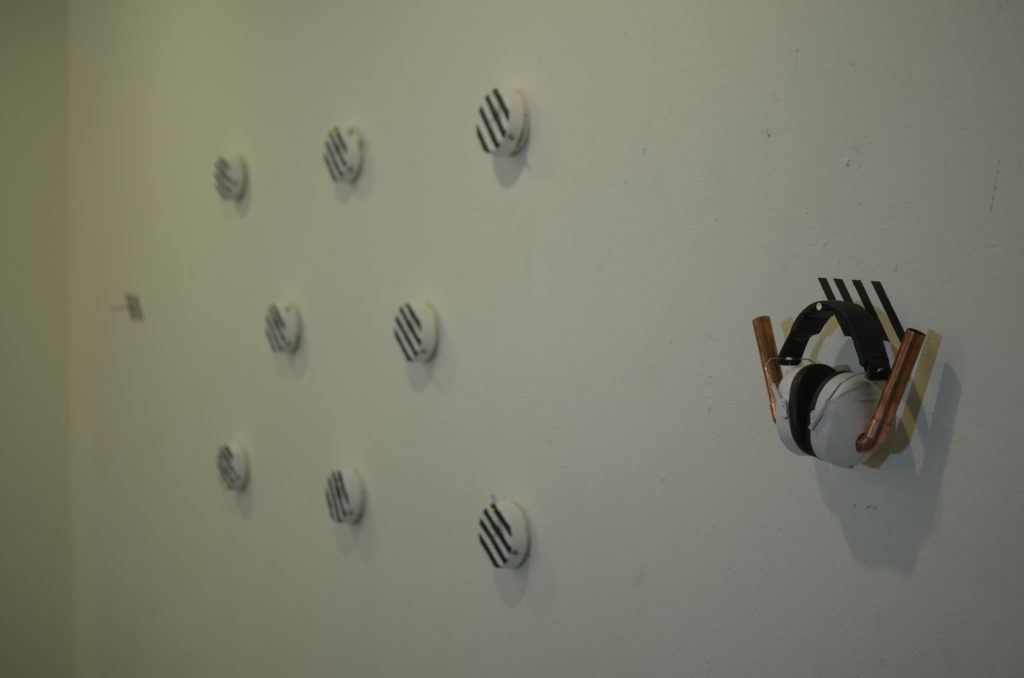