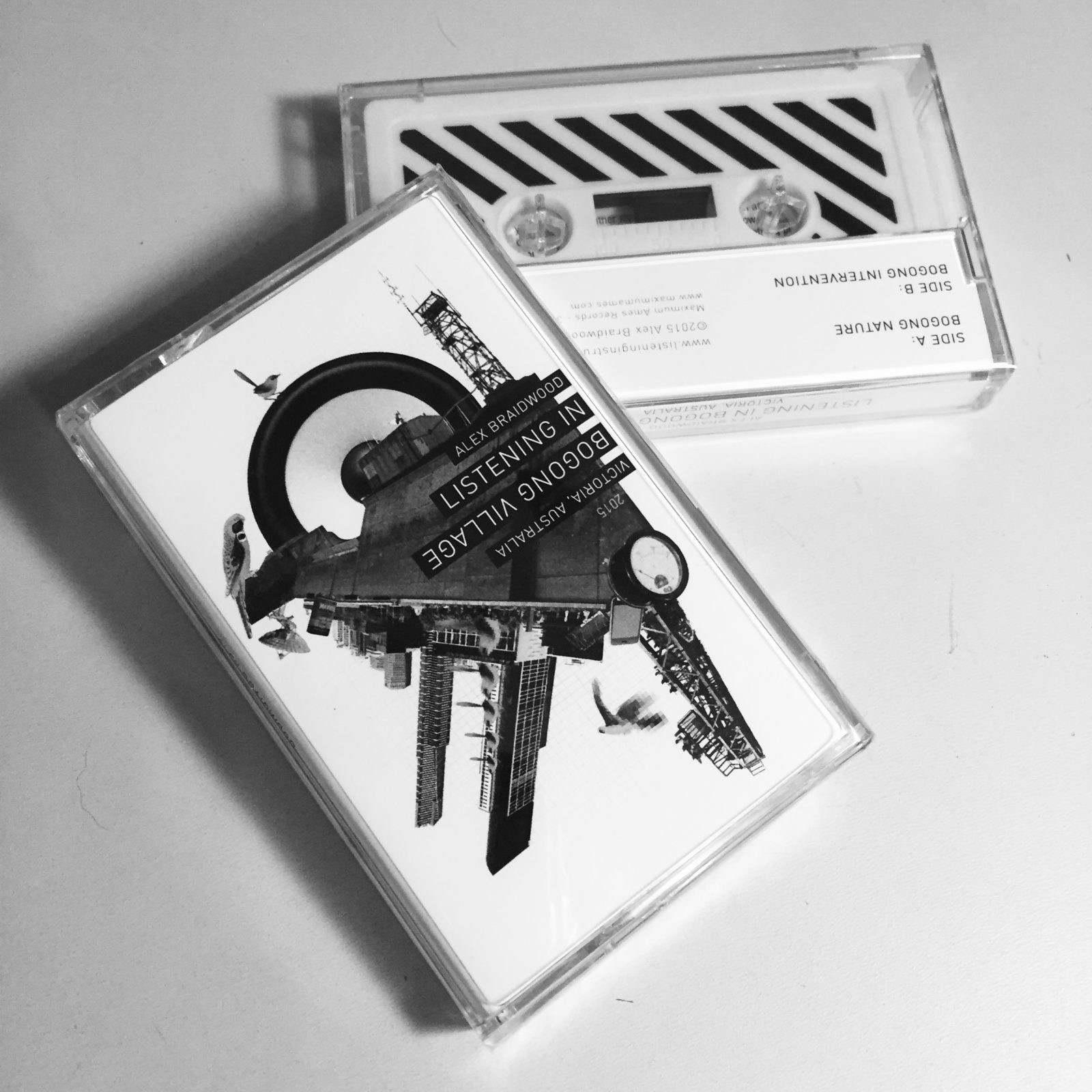 At the beginning of 2015, I was selected to be the artist in residence at the Bogong Centre for Sound Culture located in Bogong Village, Victoria, Australia. Bogong Village is located in the mountains of Australia’s Alpine National Park. Nearly every morning during my two week stay, I would hike several miles outside of the village, up the mountain to a variety of locations hours before the sun came up. I would set up my microphones and recording equipment to begin capturing the sounds of the mountain as it came to life. The recording equipment would run for a couple of hours and I would spend this time sitting quietly in the forest, listening to the soundscape and reflecting on my experiences. I found a great deal of peace there. I found a great deal of comfort. With side A of the cassette, I wanted to share this listing experience with a single, uninterrupted presentation of the soundscape captured. 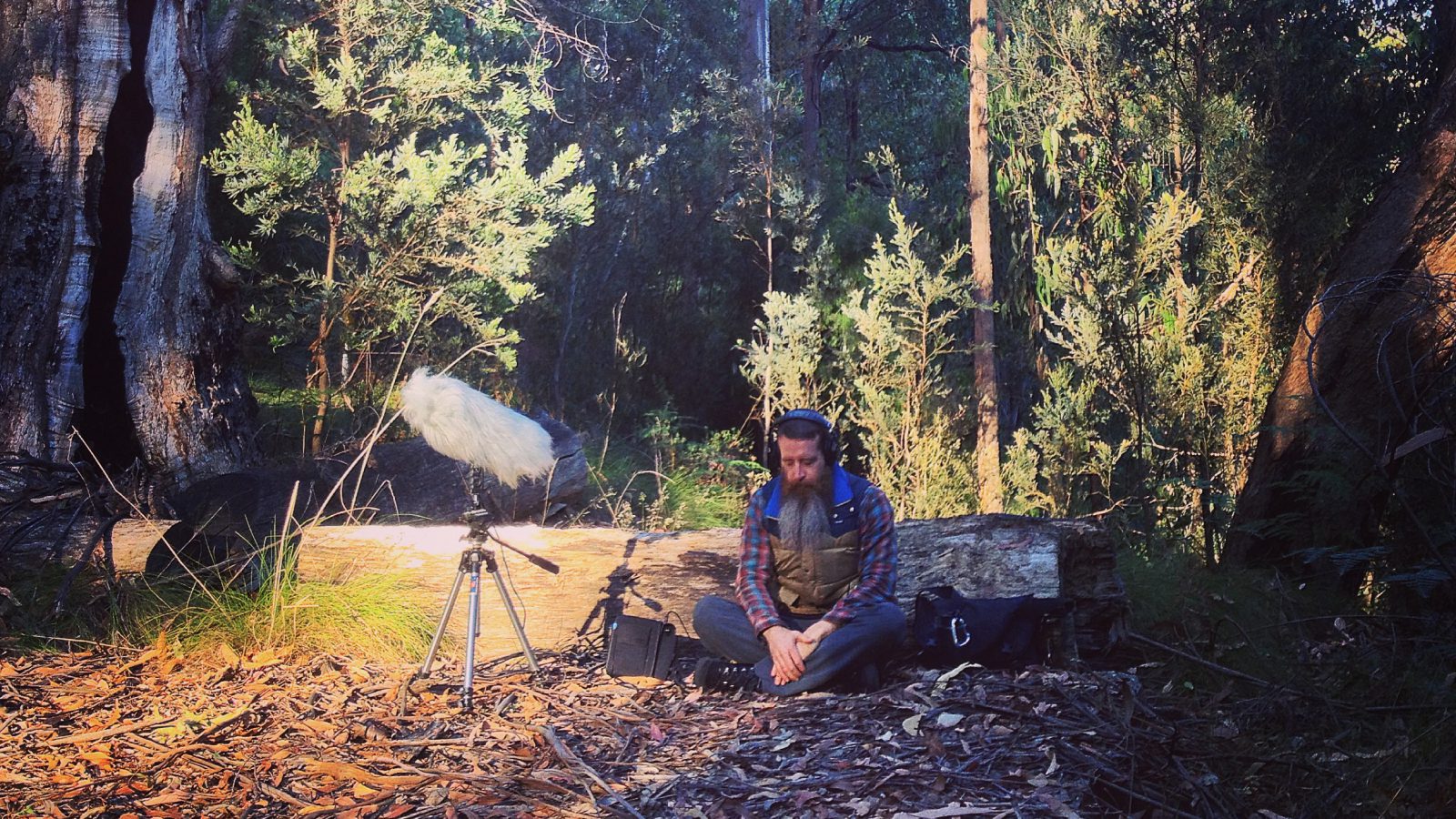 In the small mountain village where I stayed, there is a lake which is the center of activity. This lake exists because of Junction Dam, a massive concrete structure built in the 1940s as part of a larger hydro-electric scheme running all throughout the mountain. The dam was placed there originally because this is where 2 large rivers coming down the mountain join. The lake is not natural. It is there because of man’s intervention. However, it is because of the lake that the village exists. There’s a hiking trail around the lake that leads through the dam. Inside this massive concrete chamber, sounds reverberate for an incredibly long time. I spent a great deal of time listening inside the dam and for the conclusion of my residency, I installed a sound art piece inside the dam’s chamber. The piece was created by manipulating the natural sounds collected around the mountain in much the same way the dam interrupted the water. With side B of the cassette, I wanted to build a similar experience of man’s intervention in nature that still creates a peaceful and reflective listening experience. 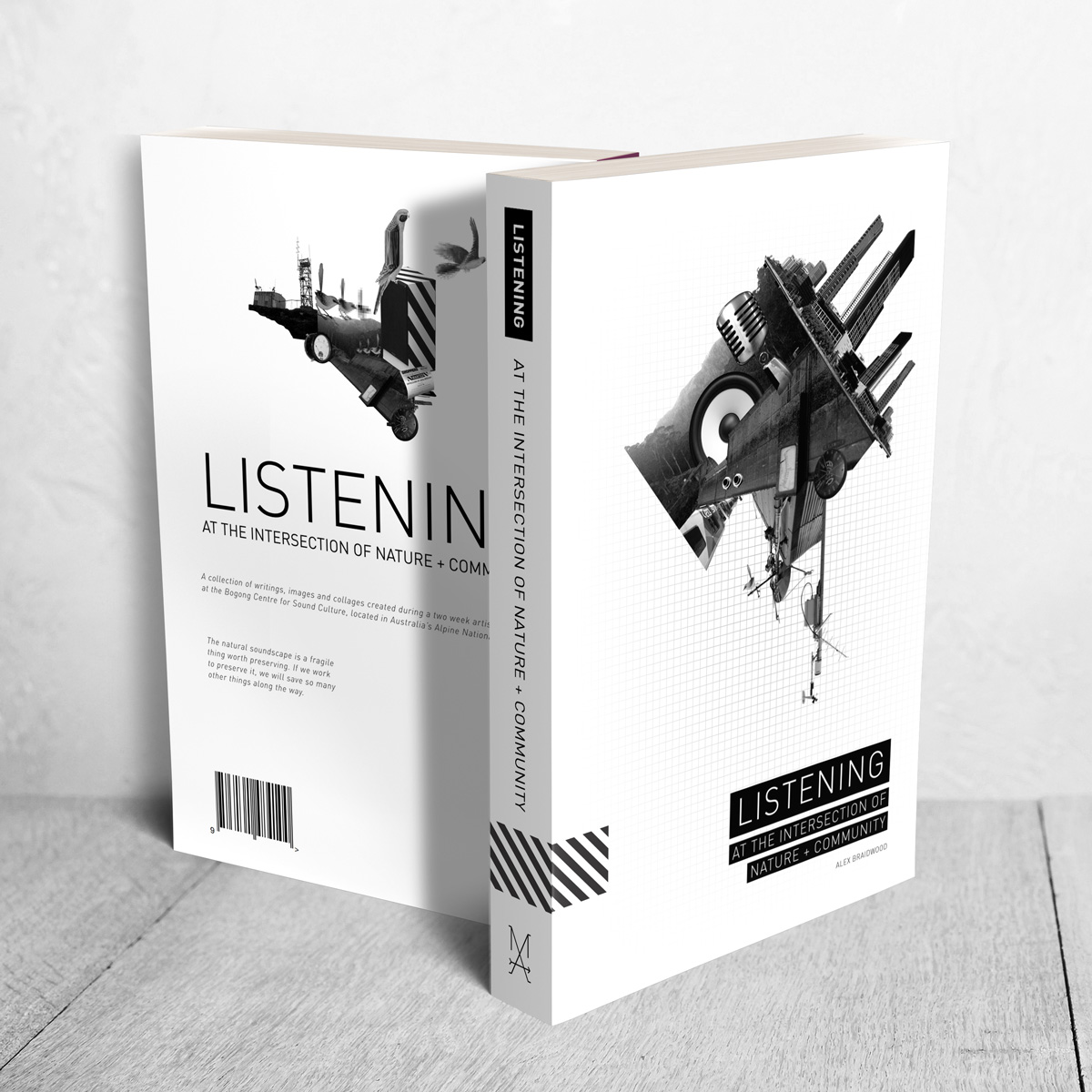 The first 20 pre-orders received a book containing collages and writings produced while I was living in the small Australian mountain village.