For my project, I began by designing and building five solar powered sound recorders that would be installed around the city of Des Moines. The sound recorders captured two minutes of sound every twenty minutes. They were installed on the fourth floor fire escape of the Crane Artists Lofts, on the edge of an abandoned house near the I-235 freeway, in an alley in Des Moines’ East Village, on the beacon tower in the center of the Des Moines Social Club courtyard, and on the exterior of the DART Central Station bus terminal canopy in the heart of downtown. 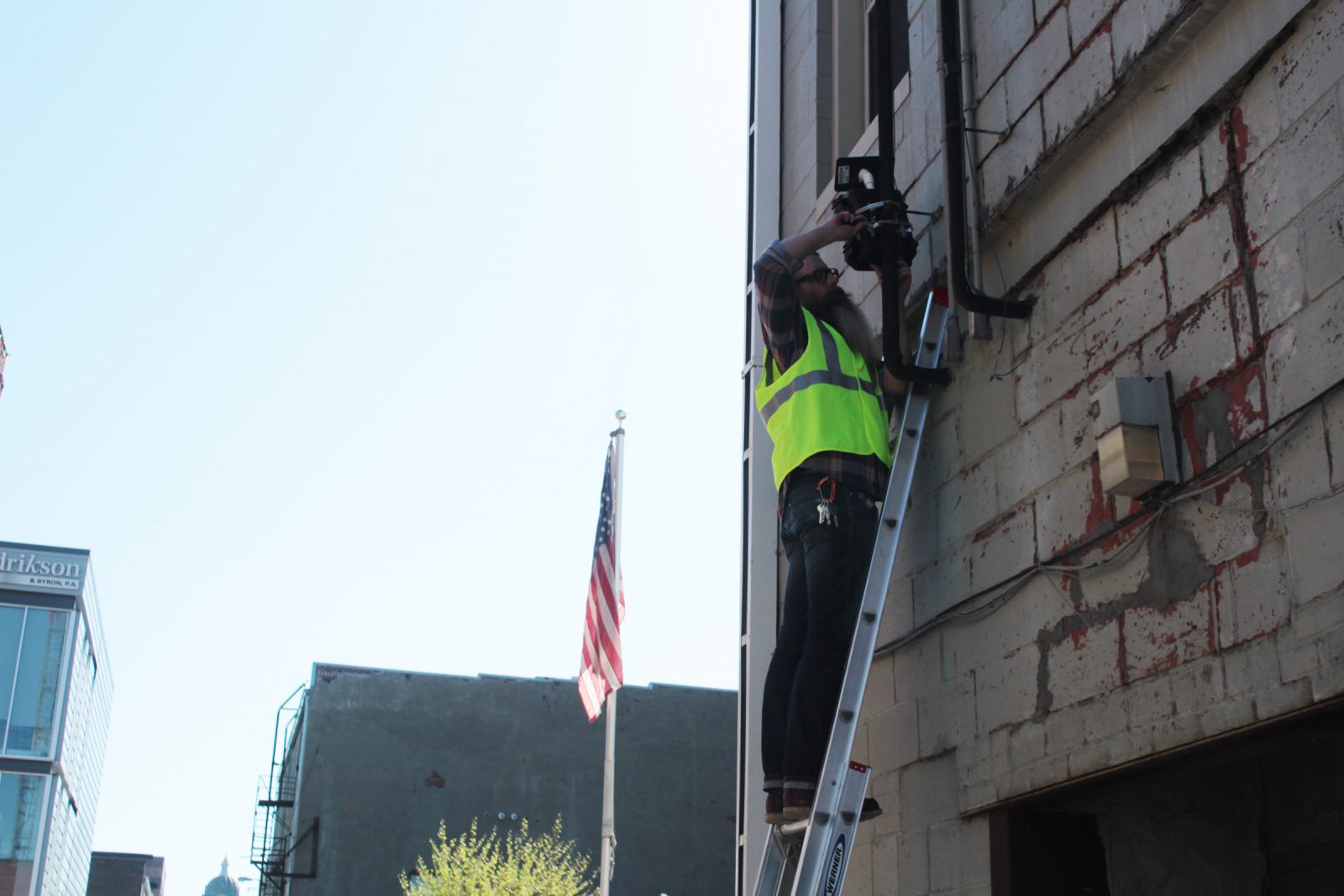 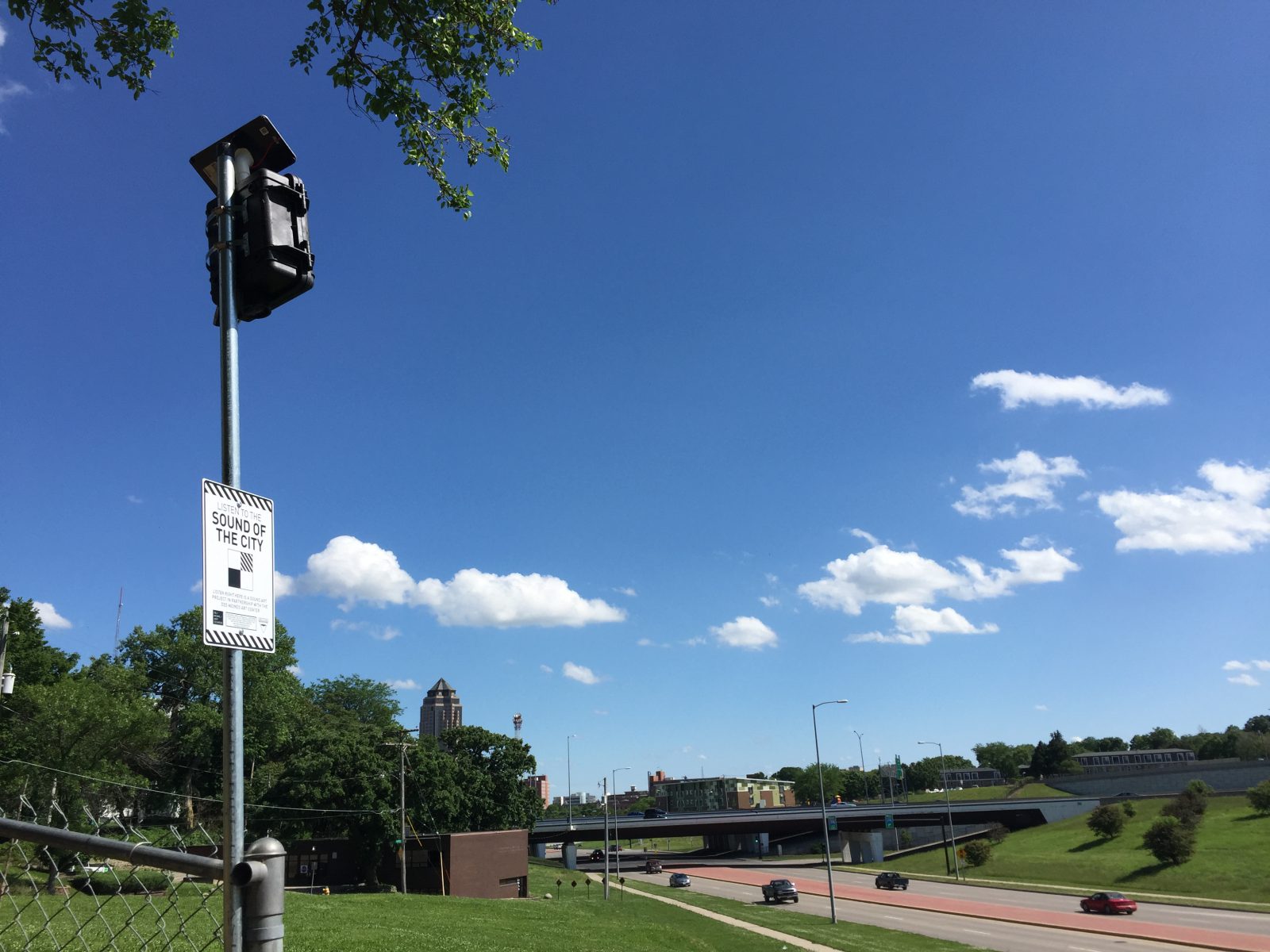 Once installed, I led a bus tour of the locations for donors to the Art Center. The evening started with a small reception including food, music, and introductions at the museum. Once we loaded the school bus, I distributed an information booklet and began the tour. The booklet contained information about the installations, activities for the tour, and provided additional resources. The tour facilitated a great deal of conversation about issues related to noise, community, and various theories about our relationship with sound and listening. The tour stopped at three of the five locations in the city and participants were invited to discuss issues specific to each location. 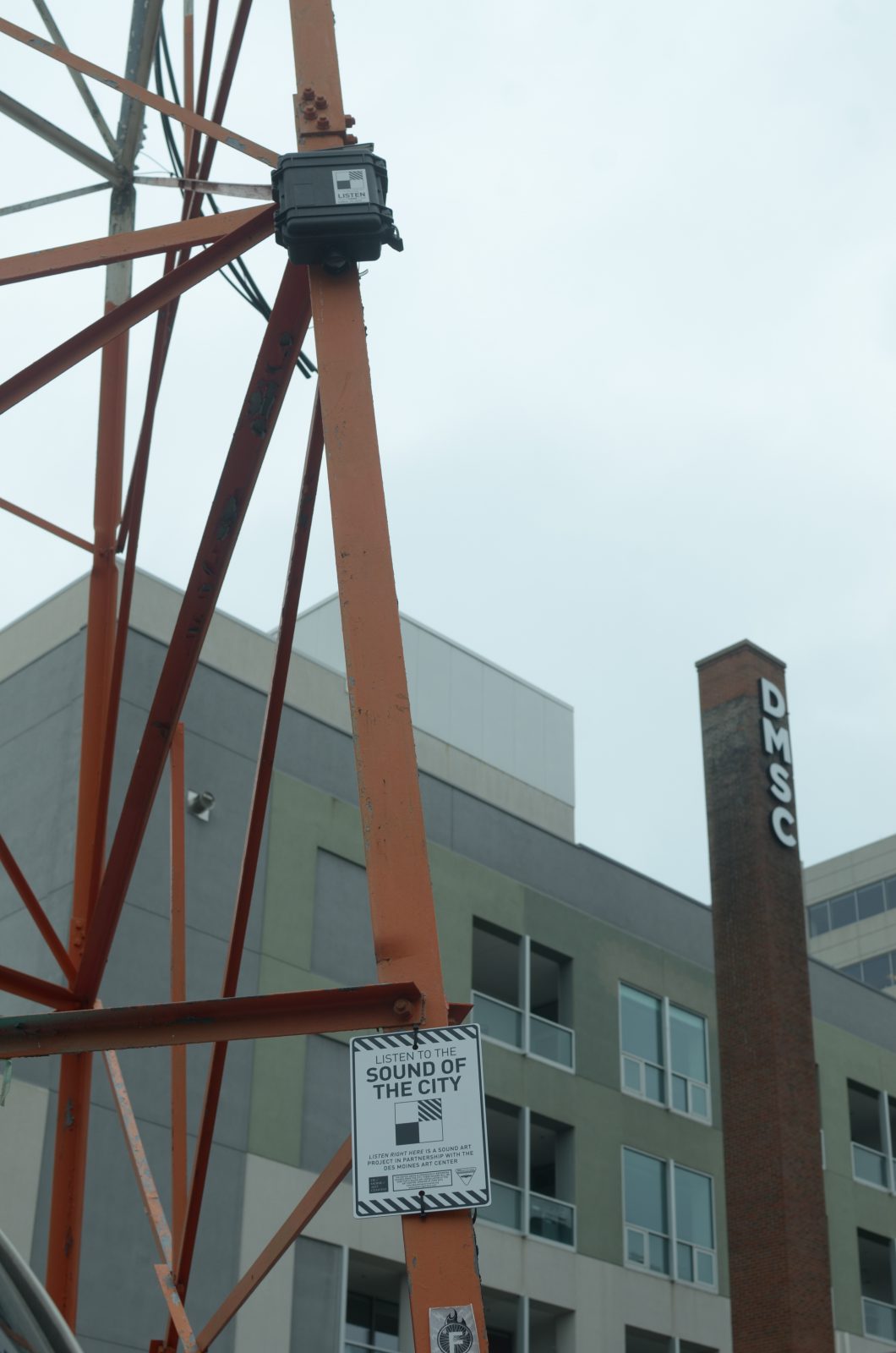 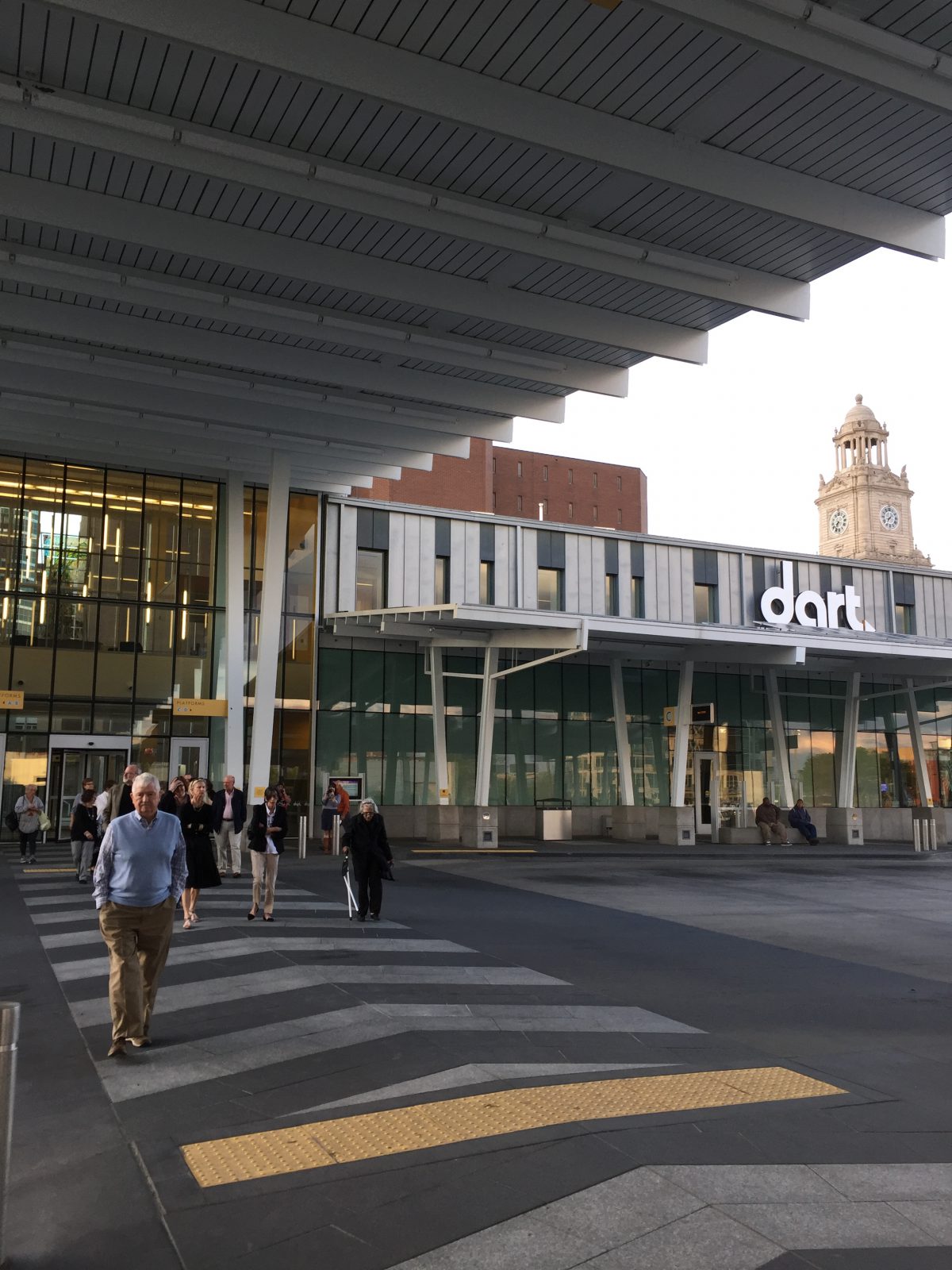 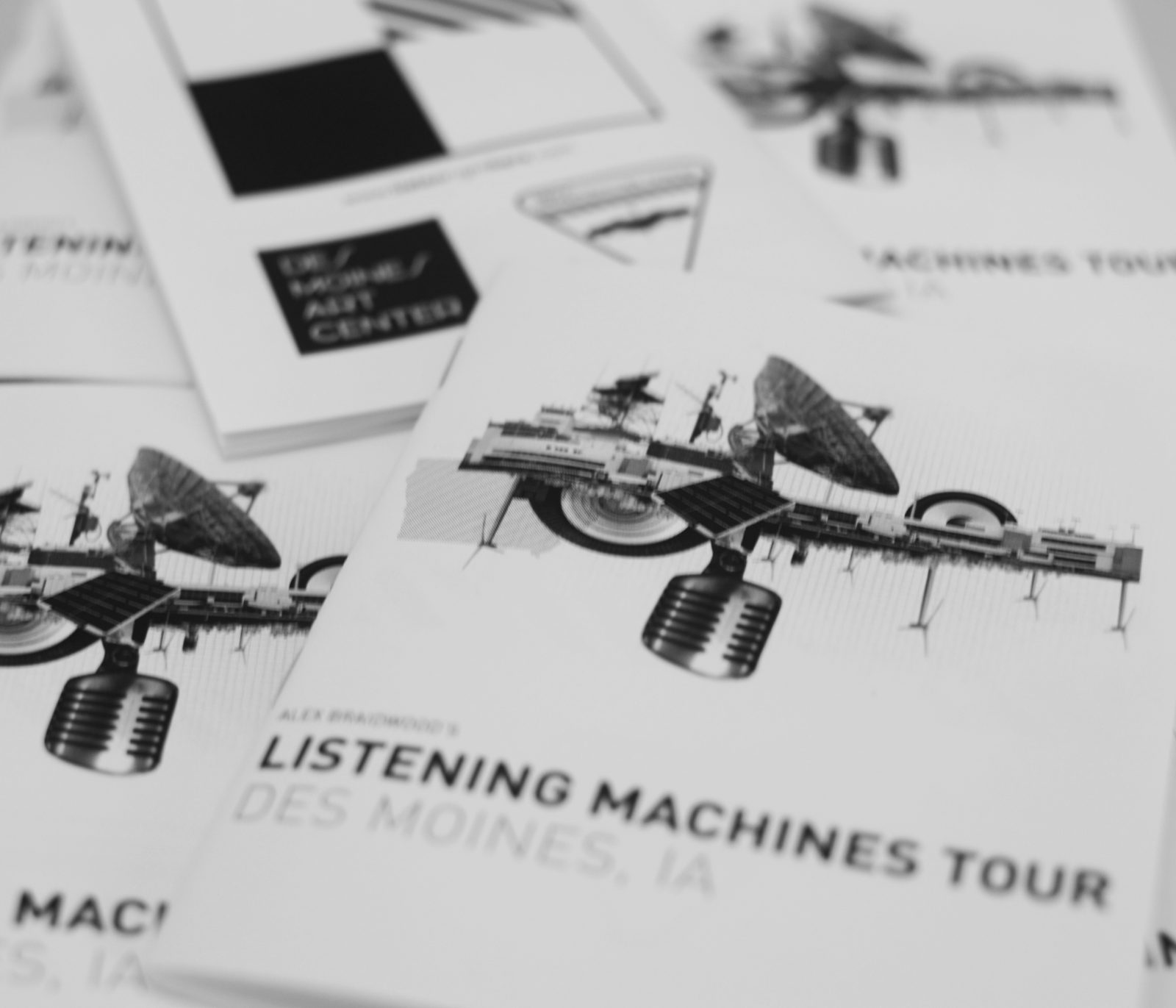 The sound recorders ran for five weeks and collected a massive library of sounds from each location. Once categorized, archived, and tagged with meta data, sounds form each location were used to develop a six channel installation inside the Des Moines Art Center. The gallery brochure for this event is available in the following pages. Once installed, the multi-channel piece is a dynamic composition that never repeats. Sounds straight from the recorders combine with manipulated audio samples and moments of silence to build a new perspective of the sounds and activities with the city of Des Moines. The system created and used to perform the sounds does so in a way that the combinations are unique, creating a new experience any time a listener enters the space for the entire three month duration of the installation. There was a large public opening for the piece that was well attended by the most influential people in the Des Moines arts community. According to the head curator, this was the first sound-only art installation the Des Moines Art Center has ever had on exhibition in it’s 68 year history. 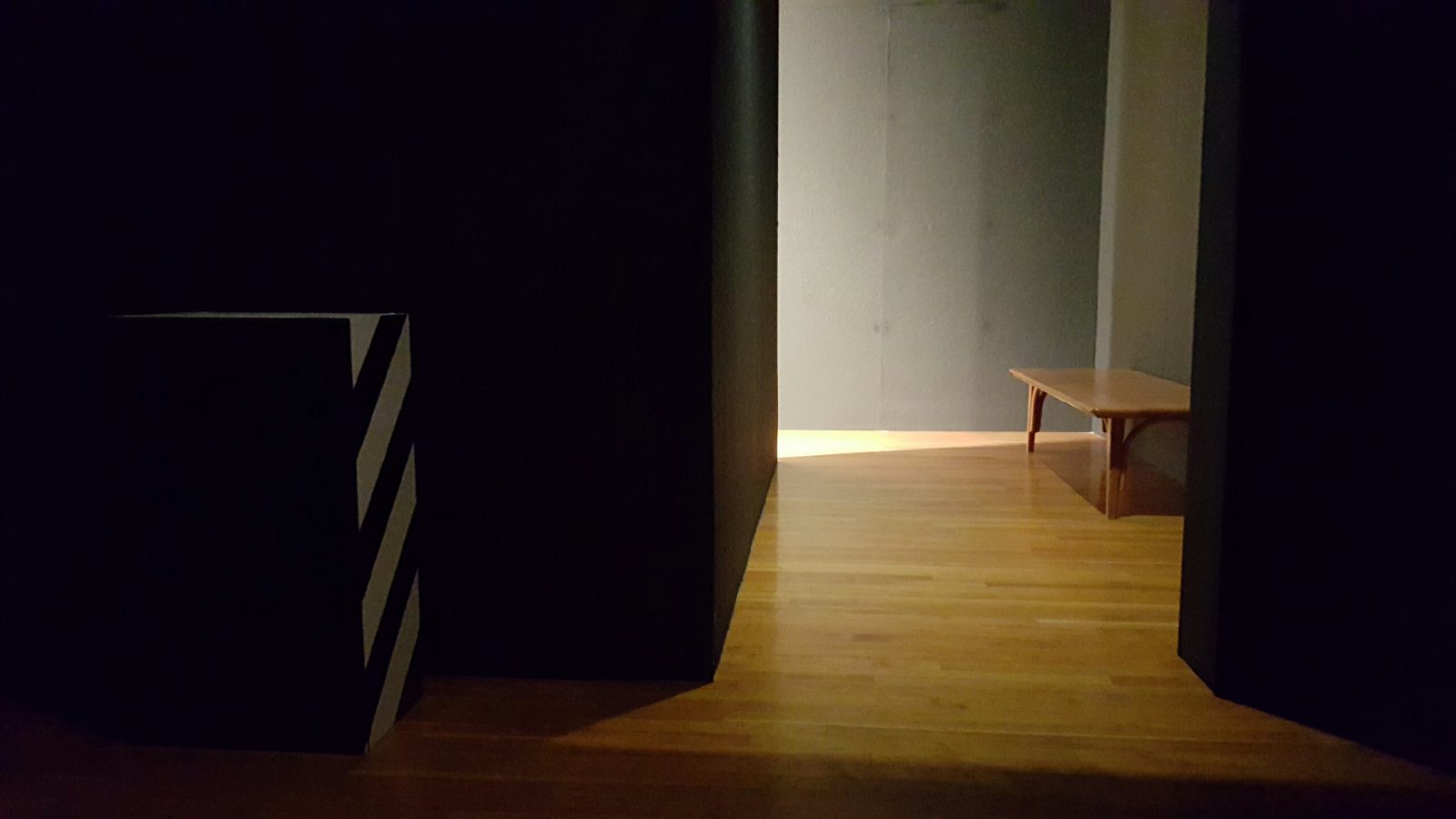 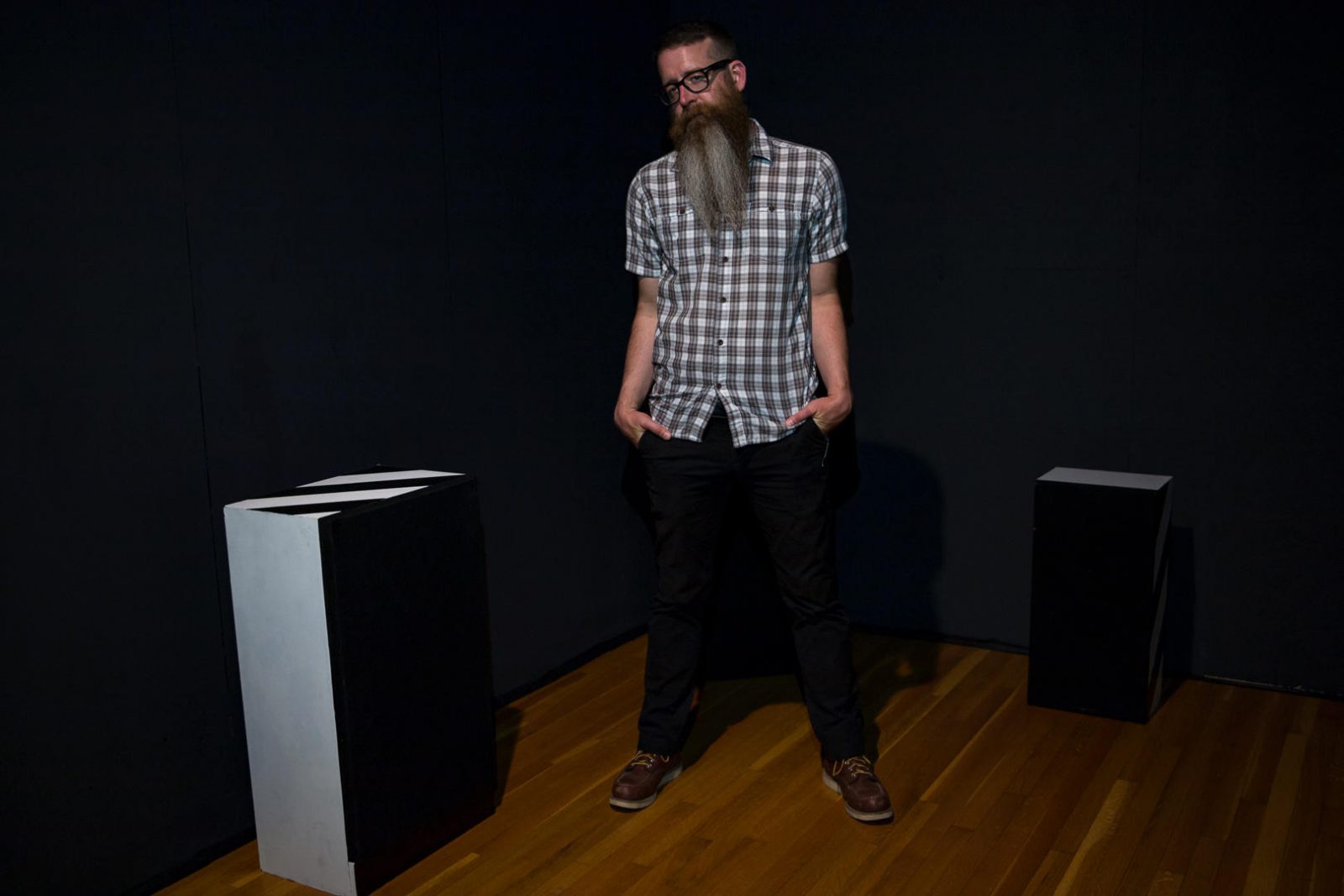 In a dark room at the Des Moines Art Center, Alex Braidwood stands by one of six speakers generating sound for his audio art piece “Listen Right Here: DSM.” 6/23/2016 Photo by John Pemble